What was your favorite pet?

I have had LOTS of pets! My top favorites would have to be my ferret Freckles, she was only nice to me and would ride around in my pocket. Ophelia my pot bellied pig was so sweet, she had to go live on a farm though. And my cat Misty, who was SO fat her nick name was fat cat! Right now I have a rabbit named Bunny Grahams, because she is brown like graham crackers.

What has been a turning point in your life?
A major turning point was NOT being cast in the International tour of 42nd Street on Broadway. I auditioned for the tour and made it through to the final cut, but I realized, through the process, that the people casting the show had no interest in tap dancing! 42nd Street is a tap show! The person choreographing the show couldn't even tap!! I realized that I would be happy if I came home to Arizona and spent my time discovering my tapping voice, rather then spending three years tapping the voice of someone who didn't respect the dance.

How would you define yourself?

I consider myself an artist. Someone interested in creating stories for and with my audiences.  Whatever the type of artistic work I am participating in, be it theatre, dance, solo performance, I am ALWAYS searching for the best way to communicate the story to the audience. Art is story, it's the job of the artist to decide how that story would best be told.

back to all company & staff > 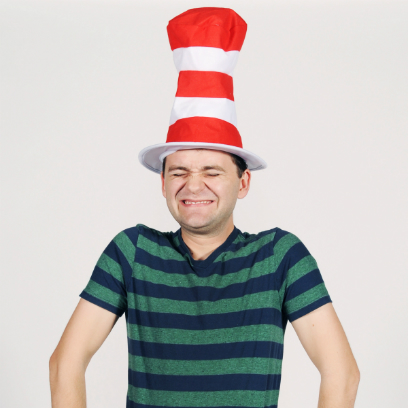